Dallas, Texas – March 17, 2009 — For the second time in less than 10 years, Versaterm, a Four Js Development Tools Independent Software Vendor (ISV) specializing in Public Safety applications used by police and fire departments throughout the United States and Canada, has been selected to provide security systems for the Winter Olympics. Their Genero based Police Records Information Management Environment of British Columbia (PRIME-BC) will be augmented to supply the security applications for the upcoming 2010 Winter Olympics in Vancouver, Canada. This success follows on from their successful selection of the  2002 Salt Lake City Winter Olympics. 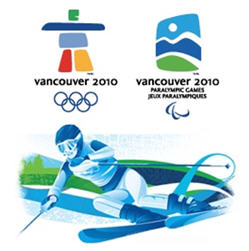 “It’s always gratifying to assist public services, especially when it is to enforce the security of such a high profile event as the 2010 Winter Olympics,” said Warren Loomis, President and CEO, Versaterm.

“PRIME-BC showcases our technology edge and our ability to establish the tight relationships needed to understand the complex business processes of our nation’s leading public safety agencies,” added Loomis.

In May 1998, the British Columbia Association of Chiefs of Police adopted the vision of a common information system for the province of BC. Until this time, separate Record Management Systems (RMS) were not shared unless an officer knew someone he could phone and ask about a specific file or person. Essentially, criminals didn’t need to respect jurisdictional borders, whereas the police did. This led to various law enforcement agencies targeting the same criminals without ever knowing what each agency was doing.

It was almost impossible to read another agency’s reports however, because the organisation lent itself to protecting its own information. Front-line officers rarely ever saw files on criminals unless they were handled by their own department, and even then it was an arduous process to find them.

Access from the patrol car was nonexistent; a trip to the police station was mandatory. Unfortunately, this approach led to reduced police time in the community.

Time for a Change

Phase 1 saw police officers in Port Moody, Vancouver, and Richmond (RCMP) successfully convert from a paper-based records environment to an electronic environment. Phase 1 was funded and delivered under the auspices of the Emergency Communications for Southwest BC Corp. (E-Comm).

Future participating agencies were funded through the Province of British Columbia, which has adopted PRIME-BC as the provincial police data-sharing network.

Bodegas Chandon reaps the rewards of its latest harvest – a dramatically...