Irving, Texas – July 3, 2014 — Four Js Development Tools is pleased to announce the general availability of Genero Mobile 1.0, designed to inspire a new breed of enterprise applications. Genero Mobile provides one development framework and one development cycle for both iOS®and Android® apps, cutting development and support costs in half. That leaves more time to innovate and frees up more budget for marketing.

Apps can run online and offline. Data captured on-device can be stored in SQLite for later synchronization to remote hosts via Web services. These remote hosts can be running Genero or other systems.

Develop business apps that look great at a cost your rivals will envy. 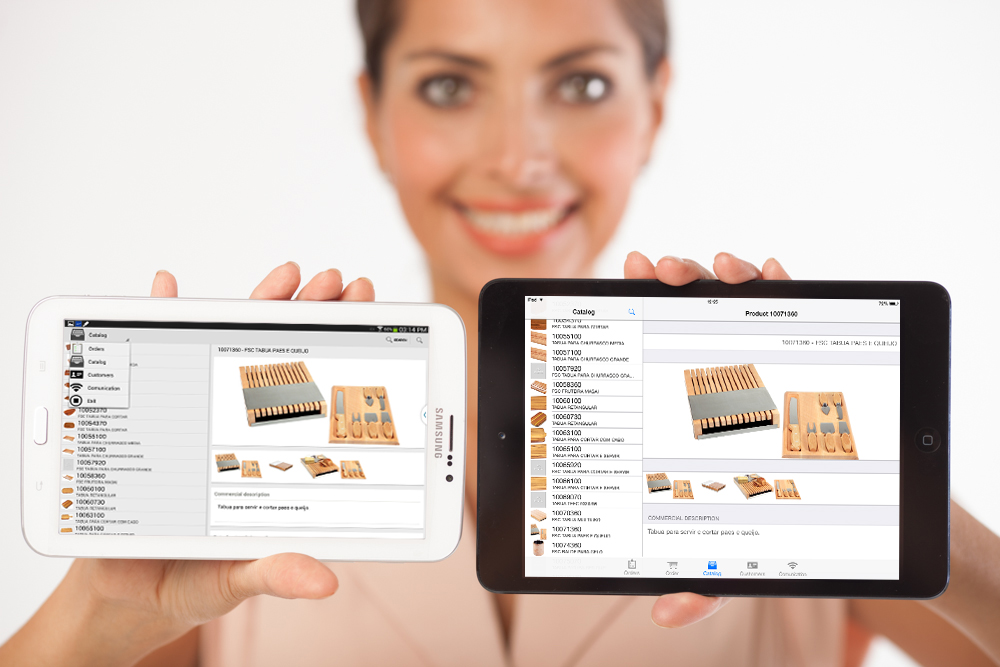 Developers no longer need deep knowledge of iOS and Android APIs – they can create cross-platform apps for Smartphones and tablets with a single, generic language.

In the last few years, the focus of industry attention has shifted away from the desktop to the mobile device. Never has there been so much power in the palm of your hand. Never has there been such an exodus of developer energy away from desktops in the hope of cashing in on the gold rush. Yet many developers have found creating mobile applications is a costly endeavor. This is largely due to the incompatible and diverging nature of Apple’s and Google’s development philosophies. 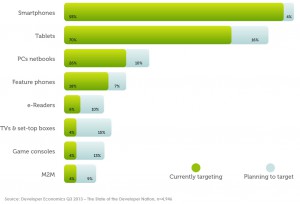 Developing with two frameworks devours valuable human resources in duplicate efforts that consume budget better targeted at marketing. One solution to this problem is to select one operating system as a ‘primary platform’ – prioritizing one vendor over another. This forces a choice in favor of the prevailing platform for any given geography. That choice may prove wrong over the long term however as each vendor plays leapfrog and strengthens its strategy in its weaker markets. Making the wrong choice now may inhibit the geographic development of your app in years to come. Adopting a ‘primary platform’ strategy may in the end prove to be the undoing of your mobile strategy over time.

If you have abundant development resources, you may opt for a native development approach. This means mastering both Xcode® and ADT®  – Apple’s and Google’s respective development environments. Parallel iOS and Android developments will cause most development shops to buckle under the weight though and few can waste time reinventing the wheel. Few have the time and resources to digest the thousands of iOS andAndroid class libraries.

Alternatively you could go the cross–platform route and use HTML5 based frameworks. They go some way to resolving the redundancy issue, but eventually fail to deliver on their promise. You may still need a native tool for user interface development and apps will likely fall short in terms of performance. The completeness of their peripheral APIs leaves much to be desired too. And some HTML5 toolkits create apps that need an active network.

The solution – the best of both worlds

Or you could go with Genero Mobile. Genero Mobile provides one development framework and one generic programming language for both iOS and Android. That means one source code, one test cycle and just one version of your app to support. You focus on the business logic and leave the management of the physical environment to Genero Mobile.

All under the tight control of your app. Learn Genero Mobile’s generic API and you’ll spare yourself the steep learning curve of mastering two proprietary platforms.

Never before has there been so much potential to differentiate your solution, and so quickly, by providing apps that run on a light, intuitive device, overflowing with innovation. Improve your customer’s productivity and your own at the same time!

Smartphones outsell tablets by an order of magnitude, yet they rival each other for developer attention. What if the apps you wrote for a tablet, were also to run on a Smartphone and vice versa – without modification? With Genero Mobile they can – apps adapt automatically to orientation as well as form factor. 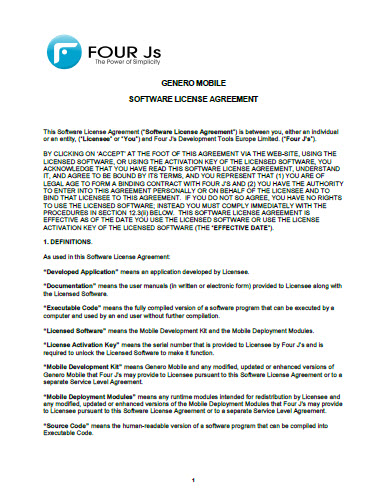 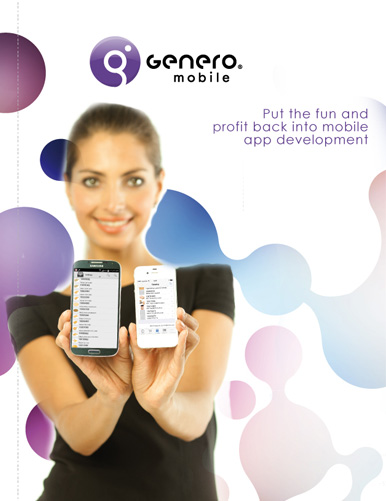