Irving, Dallas, Texas – May 4th, 2007 – Consumer Value Stores (CVS) – the fastest growing pharmacy chain in North America with $44Bn in 2006 revenues from 400 million customers – has selected Infor, a $2Bn leading supplier of Supply Chain Management (SCM) warehouse software, to manage its nationwide retail pharmacy outlets. With over 6,200 stores and 14 distributiopn centers covering 43 states and the District of Columbia, CVS is well positioned to deliver on its mission to be the easiest pharmacy to do business with for consumers and employers. 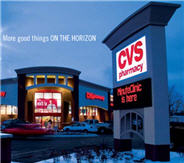 “Having the products customers want in stock is a large part of CVS’ mission to be the easiest pharmacy for customers to use,” said Bob Ervien, Director, HW Sales & Alliances, Infor. “They understand that working successfully with suppliers sharing the same values to deliver outstanding service and uphold the highest standards is the most efficient way to achieve that end. Infor SCM is one of the key linchpins in that overall strategy.”

CVS number-one goal is to provide outstanding service and value to its customers — while meeting their healthcare needs and making their overall shopping experience as easy as possible.

CVS has been delivering on this promise for more than 40 years and is well positioned to continue its extraordinary growth through special brands of service delivered to a diverse group of new customers in communities and neighborhoods across the country. At the core of CVS’ efforts to satisfy its customers is its Mission, Vision and Values. Together, they shape the culture and fuel its drive to make things “CVS easy” for its customers, stores, and colleagues.

2005: CVS/pharmacy ends the year as the largest pharmacy retailer in America, with more than 5,400 locations in 34 states and Washington D.C. CVS/pharmacy serves more than 400 million customers.

2002: CVS continues to grow, announcing its plans to enter the Texas market with stores targeted for high-population-growth markets such as Dallas and Houston. Also in the plans — the company’s first locations in Phoenix and Las Vegas.

2000: CVS announces plans to enter the Chicago market and continue expansion in Florida with stores slated for Fort Lauderdale and Orlando. The company acquires Stadtlander pharmacy, making CVS ProCare the largest specialty pharmacy in the U.S. at the time.

1998: CVS acquires 200 stores from Arbor Drugs of Michigan to bring its store total to 4,100 across 24 states. The transaction gives our company its first stores in Michigan and the instant lead in the highly competitive Detroit market. In addition, the deal gives CVS/pharmacy a 450,000-square-foot distribution center in Novi, Mich.

1997: CVS completes its acquisition of more than 2,500 stores from Revco — the largest acquisition in the history of the U.S. retail pharmacy industry. The acquisition of Revco gives CVS key drugstore locations primarily in the Midwest and Southeast. CVS ProCare is established as a specialty pharmacy subsidiary of CVS.

1996: Following the restructuring of Melville, CVS Corporation becomes a standalone company trading on the New York Stock Exchange under the CVS ticker. Stanley Goldstein is the company’s first chairman.

1994: In January, Tom Ryan is named president and CEO of CVS/pharmacy. Ryan began working for CVS/pharmacy in 1978 as a pharmacist. CVS launches PharmaCare, a pharmacy benefit management company providing a wide range of services to employers and insurers.

1988: CVS/pharmacy celebrates its 25th anniversary, finishing the year with nearly 750 stores and sales of about $1.6 billion.

1987: Stanley Goldstein takes over as chairman and CEO of Melville Corporation.

1978: CVS finds success and differentiates itself from the competition by opening small health and beauty aids stores in enclosed shopping malls.

1972: CVS nearly doubles in size with its acquisition of 84 Clinton Drug and Discount Stores. The purchase introduced CVS to the Midwest with stores in Michigan and Indiana.

1969: CVS is sold to Melville Corporation.

1964: The chain grows to 17 stores. The original CVS logo is developed (CVS banner inside a shield, with the words “Consumer Value Stores” below) and displayed on store exteriors for the first time.