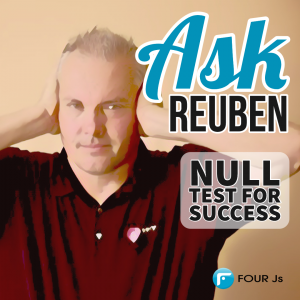 How to code expressions to cater for NULL?

I was looking at a support case recently where the value returned from a function was NULL when it was expected to contain a value.  The puzzling thing was the change that led to the function returning NULL had occurred a few years ago and we were wondering why it had not been detected earlier.  The reason it had not been detected was that a test to check the value was bad, and did not consider the possibility that the value could be NULL.

A NULL expression is considered as FALSE.

Similarly in the documentation for Boolean Expressions it says …

The result of a boolean expression is a TRUE or FALSE boolean value, but it can also be NULL if one of the operands is NULL.

… if the value is NULL, and you don’t explicitly test for NULL then the error code you are expecting to be executed is not.

…you should get the following …

You should observe that the first test

simply tested for failure and did not cater for the fact that expr might be NULL.  As expr was NULL then the value of the condition was FALSE and the DISPLAY did not occur.

The next two tests explicitly consider that the value of expr could be NULL.  Both …

… both explicitly consider that the value of expr may be NULL and make sure that this possibility is catered and tested for, and hence the expected DISPLAY does occur.

The IS NULL operator is used to test if an expression is NULL and returns TRUE if it is.

The final approach is the one I personally like to take and that is to have the mindset of testing for success.

If something unexpected happens and expr is NULL then the result of the boolean-expression is considered as FALSE and the ELSE path is executed.  I like this approach as I don’t have to explicitly code the IS NULL case for every variable in the expression, and I don’t have to come up with an arbitrary value to use in the nvl operator.

If I relate the Test for Success strategy as I like to call it it to the case I mentioned at the beginning, the code was of the form

get_version() was returning NULL and the program was not stopping.

By adopting the Test for Success mindset with this example then this is coded as ...

If get_version() unexpectedly returns NULL then the ELSE clause is evaluated, just as if the version number was less than 1974.