Length of Array And Char 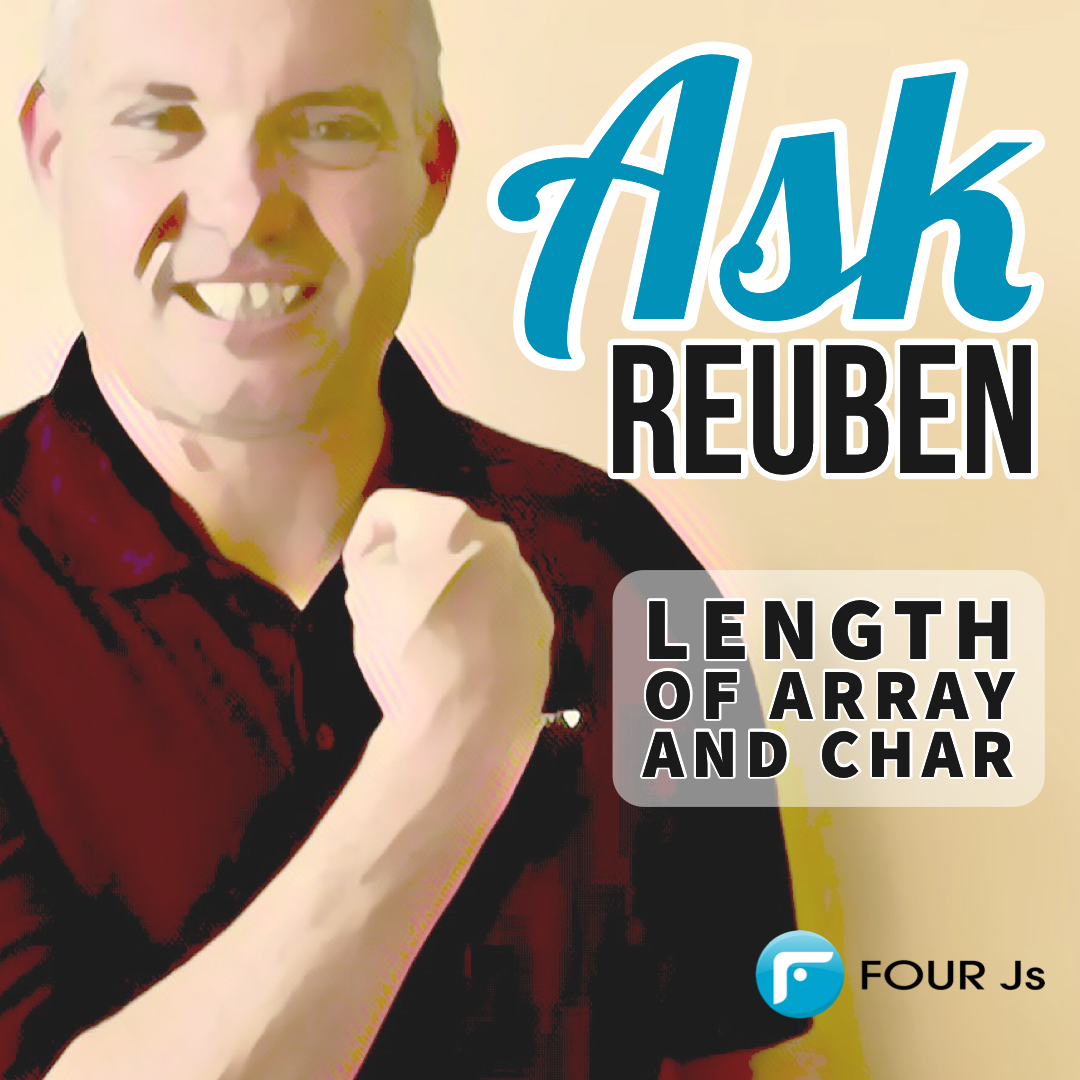 Should I use CHAR or STRING?

Should I use static ARRAY or DYNAMIC ARRAY?

Can I optimise my program any further?

Many years ago when I first transformed an Informix-4gl application to Genero, one of the things we investigated and actioned was changing CHAR variables to STRING variables, and similarly static ARRAY to DYNAMIC ARRAY‘s.  In particular we paid a lot of attention to CHAR and ARRAY that were an arbitrary length e.g. 1000, and said that if there was not a sound underlying reason for that length to be what it was, then we should consider using a STRING or DYNAMIC ARRAY instead.  With a lot of the code I see on the support desk, that thought process has not occurred.

The type of code I am referring to is code like …

This allocates 1000 bytes of memory, no matter what the length entered is.  From a programming perspective you also have to consider the case of what happens if more than 1000 characters are assigned to that variable.

This allocates in memory 1000 times whatever the length of an array member is, irrespective of the number of rows returned.  Again from a programming perspective you have to explicitly consider the case of what happens if an attempt is made to assign more than 1000 rows.

An improvement you can make to your code is to use STRING instead of CHAR, and to use DYNAMIC ARRAY instead of static ARRAY.  These datatypes rather than having a fixed length allow for an unlimited length and allocate memory as required.  That is

This leads to improved memory usage.  With STRING and DYNAMIC ARRAY memory is only allocated as it used, rather than allocating a fixed amount that may or may not be used.

This also leads to more reliable code as you are not encountering situations where you exceed the allocated length of the CHAR or static ARRAY.    You also end up with less code as you don’t have the code trying to avoid these out of bounds errors.  Also with STRING you don’t need to use CLIPPED like you do with CHAR.

You also get access to the methods that are available for STRING, and for DYNAMIC ARRAY’s.  The one you will use most often is the getLength() method which in some instances saves you defining and maintaining another variable just to store the actual length of the CHAR or static ARRAY.

There is one gotcha you have to watch out for with DYNAMIC ARRAY’s.

If the cursor returns 10 rows, what will DISPLAY da.getLength() output?  It will actually output 11.  To understand why, consider the equivalent code using FETCH and a WHILE loop …

The FETCH will occur 11 times, once for each of the rows returned, and then one more time to do the last unsuccessful fetch.  The FOREACH does a similar thing.  So a pattern you might adopt is …

A simple rule I adopt is that if there is a CHAR variable or a static ARRAY variable, there has to be some logic to the number.  It cannot be some arbitrarily large number e.g. 1000.  One way for that happen is to make that number a constant e.g.

… and so aim to only see a CONSTANT used as a length parameter for CHAR and static ARRAY variables.

If there is no number I can justify with some reasoning, then I should be using DYNAMIC ARRAY and STRING.

If I need to justify this, then it is