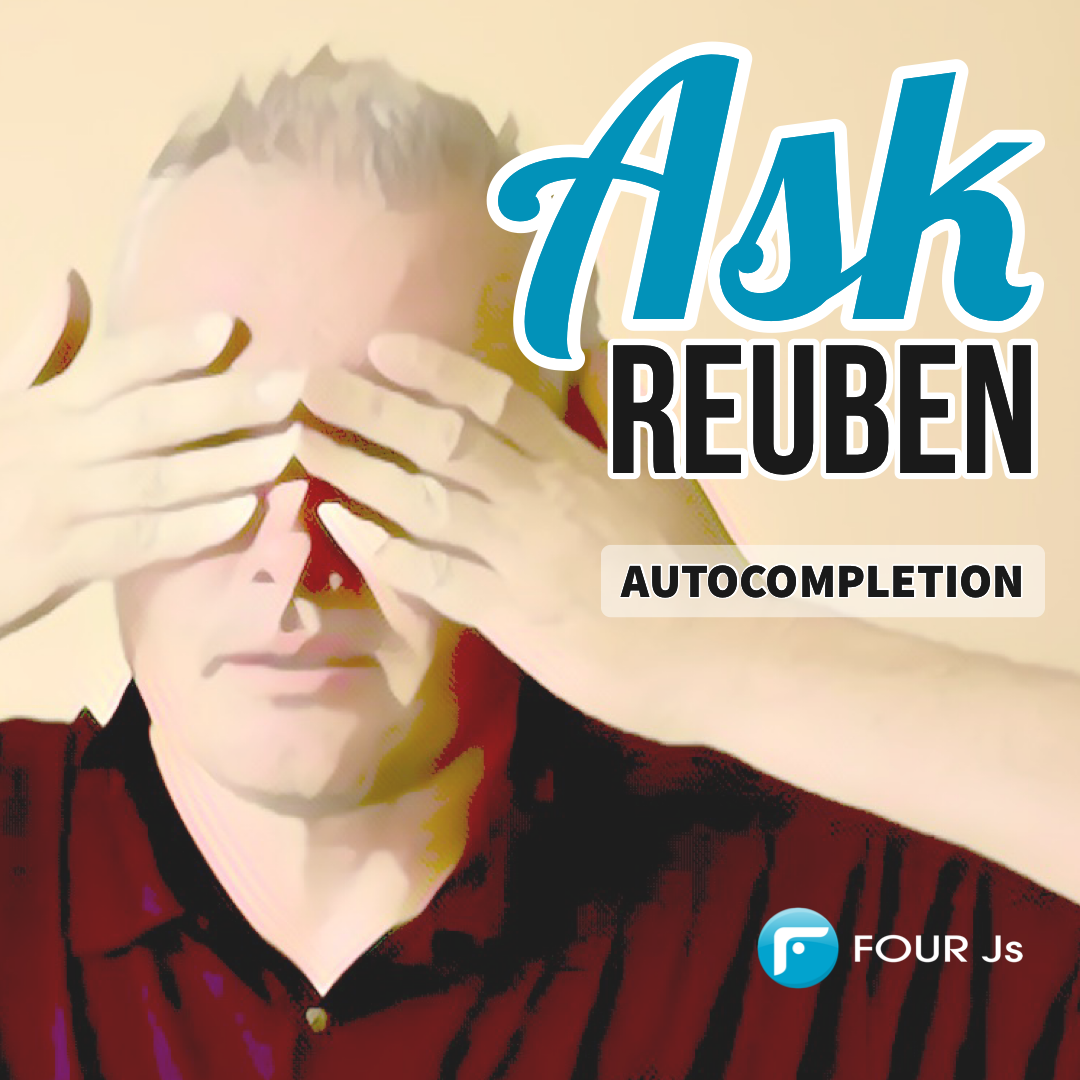 When I type into a Google search box it offers me a list of values based on what I have typed, how can I implement something similar in Genero?

When entering an address field, how can I offer a list of valid addresses?

When entering a field, how can I offer a list of valid values based on what the user has typed?

Type a phrase into a Google search field and you will see a list of potential search phrases from which you can select a phrase and thus save yourself the effort of typing.  This is known as autocompletion.

As well as the Google search field which is probably the most well known example, you may also have seen the same design pattern in other data entry fields in other applications.  A common example is address fields, you start typing the address, and the program offers you a list of valid addresses that match what you have typed. 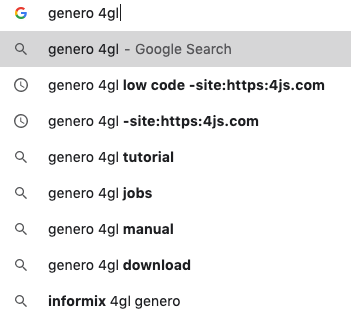 The question I get asked is howto implement a similar design pattern in Genero?

To implement this in Genero requires two things.

First you need to tell Genero that a particular field has some completer logic.  You do this with an EDIT or BUTTONEDIT by adding the attribute COMPLETER.

Secondly you need to populate the list that will be offered to the user as they type.  This is done in the ON CHANGE trigger for the selected field and requires your code to use the ui.Dialog.setCompleterItems method to populate a list.  This method takes as argument a DYNAMIC ARRAY OF STRING.  In the ON CHANGE block you have code that populates a variable that has type DYNAMIC ARRAY OF STRING, and then pass this variable to ui.Dialog.setCompleterItems.

Refer to the documentation for more details

I do have an example at GitHub in the ex_autocomplete repository

This has a simple example to input country.  Note as I have typed, the list of countries in the list get smaller to match what I have typed. 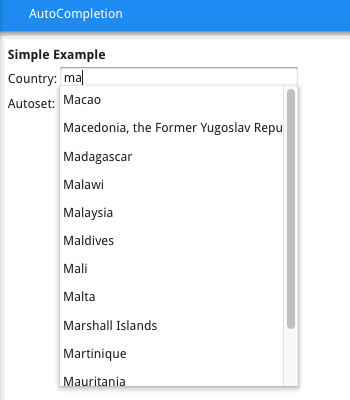 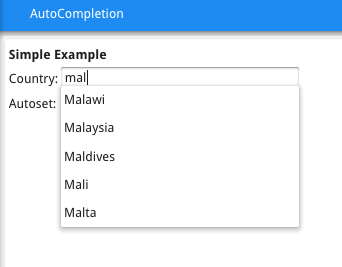 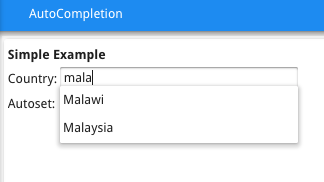 In this second series of screenshots from a Proof of Concept you will notice I am entering an address.  You don’t have a database table populated with each postal address in the country or world so how is that working?  The answer is that you will find in most countries there are Web Services available that will offer a list of addresses based on a partial match.  These Web Services are quite fast and can normally be relied up to return a value in much less than a second.  The TABLE on the right shows the search phrase, how long the web service call took, and how many responses were received.

By using such an API, the user can type an address much quickly and more importantly more accurately.