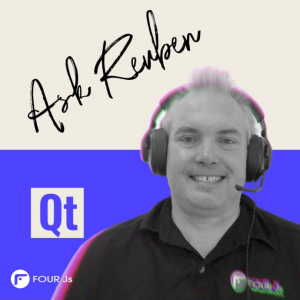 What are the Qt libraries?

What is this environment variable beginning QT that I am being asked to set?

The Genero Desktop Client (GDC), Genero Studio (GST), Genero Report Designer (GRD), and Genero Report Viewer (GRV) applications are built on what is known as the Qt libraries or Qt framework.  If you look inside the bin or lib folder of the various GUI Genero applications you will find dll or libraries whose filename begins Qt… 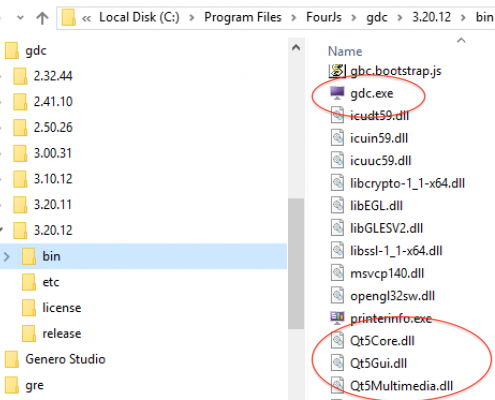 Qt is a widget toolkit that allows you to develop cross platform applications.  The Four Js developers write code that says draw this particular widget with these properties.  This calls code in the Qt library that is then responsible for the rendering of the widget on the Windows, Linux, and OSX desktop GUI platforms that we support.  The Qt toolkit has been the backbone of the GDC and has been integral to its longevity and success.

With Genero 4.00 and the move to Universal Rendering, we have reduced the dependency of the GDC on Qt.  Instead of using Qt to draw each individual widget, Qt is used now to render a browser, into which the Universal Rendering is displayed and interacted with using web technologies.  You could almost say the GDC is rendering a Web Component and rendering a Genero Browser Client application inside the Web Component, there is a little bit more to it than that but I think that is a good simplification.  The Qt WebEngine uses code from the Chromium project and an interesting exercise is to create a Genero form with an empty web component and display a web page such as http://html5test.com/ to the web component and note the output and the user agent string.  See code example at end.  Also when you debug web content in the GDC note that this uses Chrome dev tools, so again showing its Chromium base.

Normally the use of the Qt libraries is transparent to the developer.  It is there but you never have to install it or do anything with it.  We ship the libraries inside the GDC, GST etc and that is it.

There are a few times you may encounter Qt…

In steps 1 and 2 above I didn’t tell you how to set the environment variables before the gdc or generostudio executable is launched.  That is a task for your Windows, Linux, or OSX system administrator but options may include …

Google and Stack Overflow are good resources at this point as it is not a Four Js problem but a Windows, Linux, OSX system administration problem on how to set an environment variable when an application is launched.

Below is a small code example that was mentioned above.  Run this in the various front-ends to see what web engine is effectively being used.  In the GDC expect to see Qt in the answer.   Samples screenshots are GDC on the left, GBC on the right