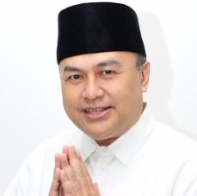 “I am creating apps 20 times faster with Genero than with Java, and with performance that is second to none.”

In Indonesia, banks provide finance to less than 20% of the businesses that need it; 80% are either served by friends, family or loan sharks. Mekar’s goal is to promote investment and innovation in the Indonesian SME business sector, enabling them to achieve their full potential without the need for developing a large branch network.

Branchless banking via smartphones and tablets

SilviaCBS enables banks to develop their customer base geographically without them having to build ‘brick and mortar’ branches. With apps for both agents and customers, for Android and iOS devices, mobile data processing from the Cloud is part of SilviaCBS’ DNA. 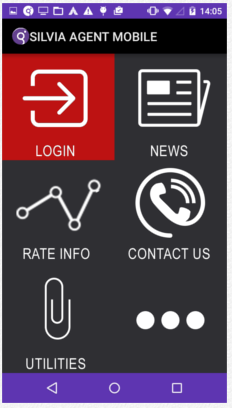 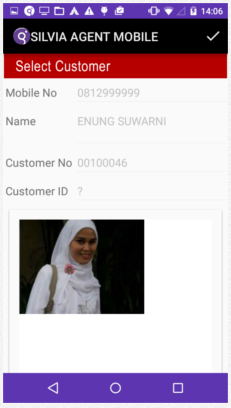 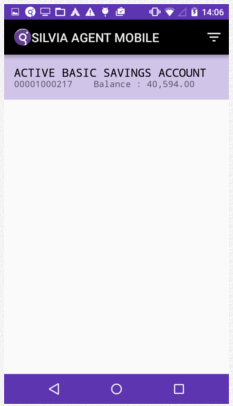 Silvia Banking Solutions is one of the world’s most recent and innovative Cloud based core banking systems ‘start-ups’. It has developed a comprehensive multi-currency, multi-lingual solution designed for tier two banks, financial institutions, peer-to-peer lending and micro finance. The highly innovative and ‘responsive’ application is designed to manage all aspects of banking including:

SilviaCBS has been designed from the ground up using Genero Studio, exploiting the latest features of Genero Mobile to deliver the branchless banking and mobile lending capabilities.

The level of interest for SilviaCBS is growing across the region as a result of a close partnership with Atos Asia, a global services company specialising in digital transformation, innovation and value creation.

The meaning of Mekar means to ‘blossom’ and the 3 colours in its logo symbolize the collaboration between funders, agents and entrepreneurs. The yellow represents Mekar’s staff and the technology, which unites everyone into a whole. The idea is: ‘Together we blossom’, or ‘Mekar bersama’.

Mekar is a limited liability company (PT) formally known as PT Sampoerna Wirausaha. It is funded and fully owned by the Putera Sampoerna Foundation, a social organization whose aim it is to assist the development of the Indonesian nation. The Foundation financed the company and its full loan capital in 2016 and 2017. The company was originally established in November 2010, and has undergone several changes since then. Mekar is managed by Thierry Sanders (Strategy), Pandu Kristy (Operations), Randy Gunadi (Sales) and Jaap Gorjup (CTO). Mekar started lending on December 11th 2015. Mekar carefully selects the local financial institutions with which it works, so that funds go to where business needs it most.

MEKAR is a company providing Lending Platform services, organized and incorporated under the laws of the Republic of Indonesia. The Company is fully committed to complying with the provisions of OJK Regulation No.77/POJK.01/2016 governing FinTech Lending.  Mekar works closely with Bank Sahabat Sampoerna to meet banking regulation levels.

The ‘SilviaCBS’ banking solution has been developed for the Asian market by professionals with over 20 years experience of developing core banking systems. Developed initially for the Indonesian market, it has garnered interest as far away as Myanmar (formerly known as Burma) and can be quickly adapted to any local market requirement.

It is one of the world’s first fully managed Cloud enabled core banking services, managed by either Silvia Banking Solutions or its customers. Designed and priced for small and medium size institutions, it can co-host many tens of thousands of institutions on a single server while still providing full privacy and financial integrity. It achieves this via a multi-tenancy core that avoids the complexity (and expense) found in other emerging Cloud based solutions.

Atos are leaders in digital services with pro forma annual revenues of circa € 12 billion and circa 100,000 employees in 72 countries, serving a global client base. Atos strives to create the firm of the future by bringing together people, business & technology. Atos strives to remain a trusted partner that delivers digital empowerment to its clients.

Atos are the Worldwide Information Technology Partner for the Olympic & Paralympic Games.

As a Societas Europaea (SE), Atos is listed on the Euronext Paris market. It operates under the following main brands: Atos, Atos Consulting, Atos Worldgrid, Bull, Canopy, Unify and Worldline.

Genoa cleans up with Genero Mobile
Scroll to top