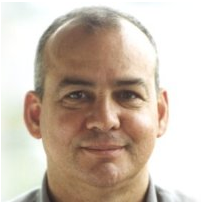 “Pop groups benefit from the recording industry’s infrastructure to spread their art throughout the world,“ said Charles Fox, VP Four Js APAC. “We’ll do the same for ISVs with our Platform-as-a-Service.”

From desktops to smartphones

Four Js showcased its pre-release Platform-as-a-Service (PaaS) to demonstrate the ease with which applications written for a classic desktop environment can be transformed to the Cloud. The key to this transformation is HTML5, able to reproduce desktop behavior over the Web including important features such as ‘drag n drop’. The automatic system provisioning provided by the PaaS highlighted the dramatic productivity gains expected for new customer setups – reducing installation times from weeks and months down to minutes and hours. Sample applications were first shown running in Windows, then in the Cloud on tablets and smartphones that tightly integrated finger gestures, native widgets and popup keyboards without a single line of extra code.

The Cloud is clearly a subject that gets “bums on seats”. Couple that with Four Js’ strong presence in the region (Kuala Lumpur, Sydney and Auckland) and the result is an overwhelming attendance representing over 100 government departments including the Malaysian Tax Department, over 200 local government organizations, tens of retail and distribution companies including Woolworths, Cold Storage, Carters, McDonald’s, Reece Plumbing, several banks including Mitsubishi Bank of Tokyo and Commonwealth Bank, several large utilities including Country Energy and Energex and over 30 insurance companies including Tanachart Insurance Thailand and Prudential Insurance.

“I need to show my boss”

Customer feedback was immediate and vociferous with many signing up to the Early Access Program. Several attendees requested copies of the demonstration for internal presentation purposes and others are reviewing future business and development plans.

The demonstrations can be viewed below…