Paris, France – September 9, 2011 — Sopra Group and Four Js ISV Delta announced a merger plan under which Sopra Group will acquire Delta. The merger, subject to regulatory approvals, should be finalized in early October 2011. 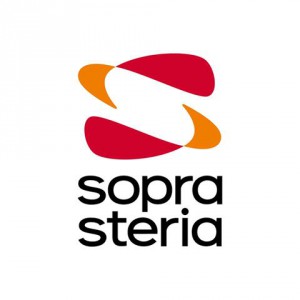 “This acquisition will serve Sopra Group’s strategic plan to position Evolan as a leading software provider to banks around the world. It will serve to facilitate their transformation projects,” says Jean-Paul Bourbon, director of Financial Services, Sopra Group.

Delta publishes Delta Bank – a suite of retail banking solutions developed in Genero – deployed in over forty countries. Delta Bank has been chosen by several large banking groups to equip all of their international subsidiaries. In 2010, Delta achieved revenues of 33.5 million euros with 90% in international markets.

“This merger secures Delta’s customers strategic investment.” adds Claude Delage, CEO and founder of Delta. “Sopra’s market presence enables us to accelerate our growth and enhance Evolan’s margins. It also enables our customers to have access to a broader range of solutions covering the full spectrum of banking information systems.”

Sopra Group has been present in France for more than 30 years through its Evolan division and achieves 25% of its 1.169 Bn euros in annual revenues in the banking sector.

Founded in January 1968 by Pierre Pasquier, Léo Gantelet and François Odin, Sopra Group is one of Europe’s longest established IT services companies.

From the outset, Sopra Group positioned itself in all of the IT services sectors and soon became a key player in the French market.

In 1990, Sopra Group was successfully listed on the Paris Bourse. Prior to this initial public offering, a first share subscription option plan was set in place for the vast majority of employees. From that time on, Sopra Group has maintained a balance between organic growth and growth through acquisition.

The most significant acquisitions

Sopra Group has expanded through acquisitions and is firmly focused on becoming a European leader in systems integration:

Axway Software
In 2001, the Group decided to make inroads into the Enterprise Application Integration (EAI) market with a view to becoming a global publisher on this market.
It then set up Axway Software  (400 employees and total sales of €50 million) by the contribution of the Group’s entire EAI business.

The Group then made a series of acquisitions to reinforce the positioning of Axway worldwide:

Sopra Group is now one of the leading French Groups in Consulting and Systems Integration and Solutions, with significant presence in the banking and insurance sectors, an extensive regional footprint in France and carefully managed international development.

Genero’s XML sweetens M&M’s certification at US Department of Heal...