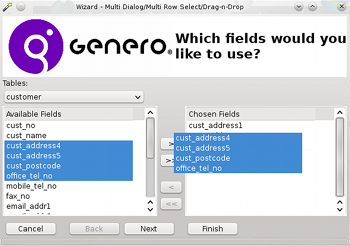 Drag and Drop on the GDC 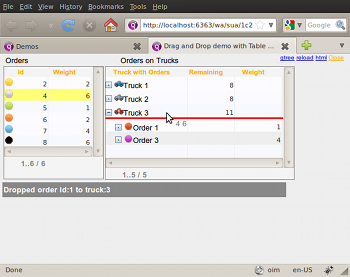 Drag and Drop on the GWC for Ajax

Web components allow developers to use new widgets that can be found on the Internet. Genero developers define a placeholder (using the technology of their choice : HTML, DHTML, Flash®, Java, etc…) in the .per file, and set/get values from them in their BDL code as they do for other widgets (such as TextEdit). 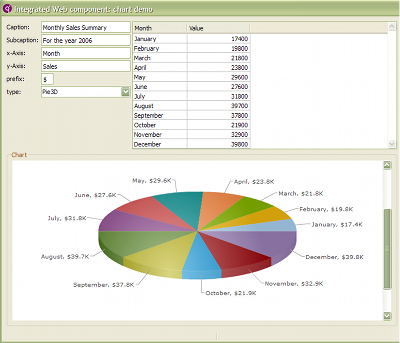 Web Components based on FusionChart on GDC 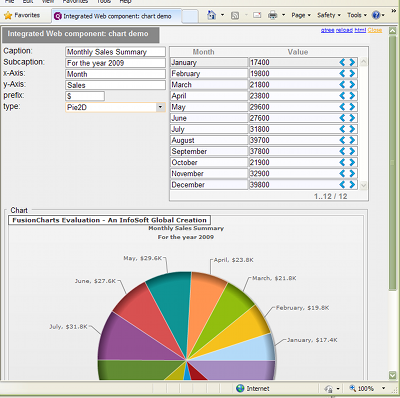 Web Components based on FusionChart on GWC for AJAX

A new user agent module has been added to the Genero Web Client that allows you to deploy Genero applications with a Rich Internet Application (RIA) platform provided by Microsoft. 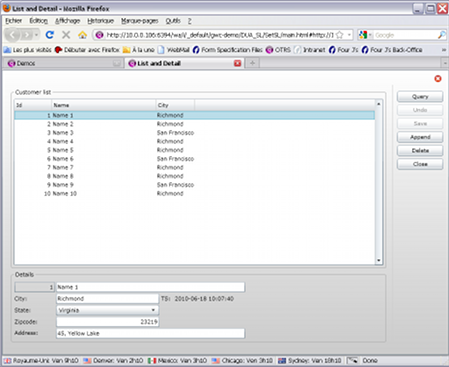 N.B. The GWC for XUL theme is no longer supported or delivered. It has been replaced by the GWC for Microsoft® Silverlight® theme. 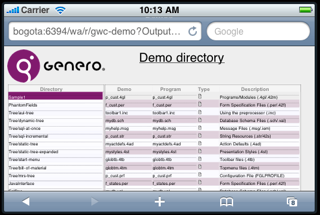 We also introduced a new GWC for iPhone® mode that will allow Genero developpers to create Web applications with the native iPhone® ergonomics. 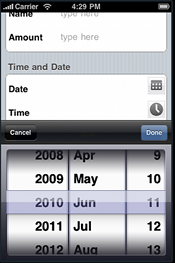 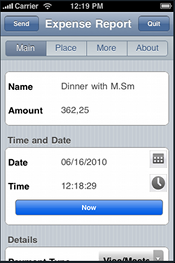 Note: To enable this new GWC for iPhone® mode, Genero developers will be able to use only a subset of the Genero features in their applications.

Please refer to the GAS manual to find the list of the restrictions for applications defined for the iPhone®.

The architecture of the GAS has been re-designed for 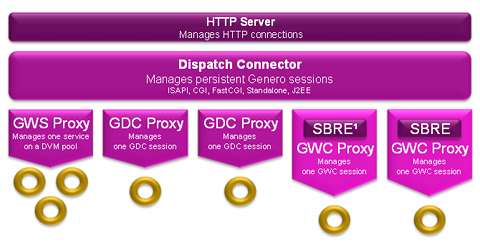 As we do with our ISAPI and FastCGI connectors, the GAS 2.30 provides a new J2EE connector for tighter integration with applications servers such as IBM WebSphere ® or JBoss ®.

A new database driver (dbmase0Fx) is now delivered in the package to access Sybase Adaptive Server Enterprise (ASE) 15.5 and higher.

Genero Studio 2.30 comes with a new set of design and code analysis tools which allow you to create and view your applications at a higher level.
This includes:

All these diagrams are constantly in sync with the code and database throughout the development process, making them a real time view of the current status of your application.

The modeling diagrams are coupled with an application generator which generates and maintains the core business logic. The code generation is fully customizable. 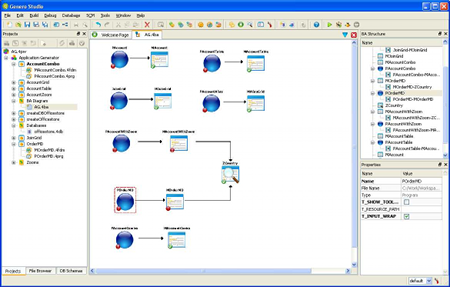 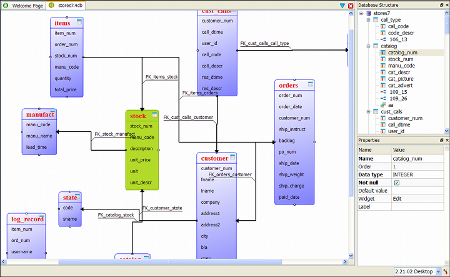 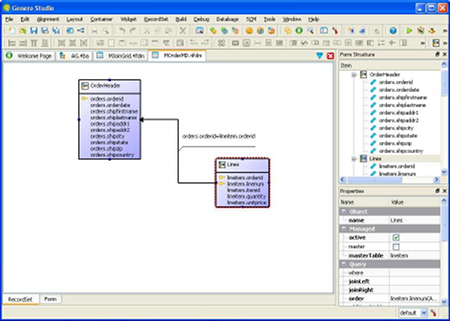 Genero Studio Application Generator is a fully customizable code generation engine based on templates. It takes as input the information provided in the above diagrams to produce the application source code. This source code can later be modified. The Application Generator will remember the changes in the generated code, so that changing the diagrams and regenerated code does not result in any user customized code loss.

A default set of templates and generator settings are provided with Genero Studio. However the development environment can be fully customized:

A third party code generator capable of reading XML files can be used in addition to (or as a replacement for) the current code generator, simply by changing the project build rules. 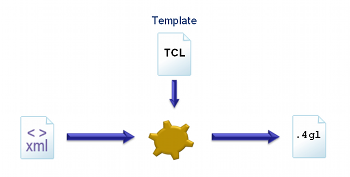 Understanding code, analyzing dependencies, reviewing call sequences, navigating in your application, libraries or modules from a high level diagram – these are the goals of the code analyzer. 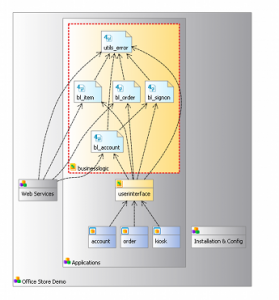 The Code Editor has been improved to offer the following capabilities:

Previous versions of Studio made it possible to consume a service given its WSDL (Web Service Description Language). In addition to that, implementing a service compliant to a WSDL is now possible as well. The server code including service registration and declaration of messages for this WSDL is generated and ready for use.

The Report Writer has been extended to natively support complex XML data sources as input data. The report data definition (RDD) can now be an XML Schema file which will be shown in the “data view” of the report designer and used to design reports.

The Report Writer supports new output formats: Excel and HTML. The output is configurable in order to choose between graphical fidelity or data usability. For Excel, as an example, opting for the ability to compute the data properly is often preferred to graphical fidelity.

The Genero BDL language allows you to use sub-reports by calling a report from another master report using the START REPORT instruction. These sub-reports can now have their own designs (.4RP). In the report designer they can be referenced as external designs (.4RP) and can be re-used in multiple reports avoiding duplication and extra maintenance cost. 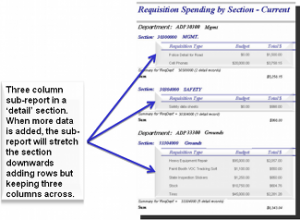 A new HTMLBox component is now available to embed HTML in reports either inline or from an external file. The ImageBox component was extended to be able to insert an image inline as well, making it possible to display directly an image from a BYTE variable.

The report viewer printing options can now be controlled from the server by API. The Report Viewer can either preview, print silently or popup a printer selection dialog.