South Africa, Johannesburg – October 28, 2009 — Develop in-house or buy a packaged solution? That was the question facing ARB IT Solutions, a division of ARB Electrical Wholesalers, when it wanted to upgrade its green screen integrated accounting system to something with a state-of-the-art graphical user interface (GUI). Having selected Genero Studio and Genero db at the start of the year, ARB are close to rolling out their new ERP system, leveraging existing developer skills, keeping development and running costs in check.

“We started off by looking at the usual tools, such as Visual Basic, Delphi and Clarion. We realised early on that we would achieve more with a 4GL than with a 3GL. 3GLs are more geared towards non-transactional types of applications. ”
Derrick Muller, IT Director ARB

A bespoke solution going back 17 years 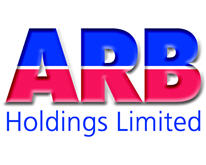 Some 17 years ago ARB contracted Four Js independent software vendor (ISV) XACT IT Solutions to develop and implement a fully integrated accounting system to cover all aspects of trading as well as managing the financial areas of the business. The company has centralised servers for accounting systems, HR systems, Email, internet access, telephony & VOIP, which serve seven large branches in major centres across the country.

The original accounting system was developed with a traditional green screen character interface using a 4GL language and database, running initially on SCO UNIX and more recently on Linux. This green screen system has served the company extremely well, adapting and scaling to meet the demands of the rapid growth enjoyed by ARB. But recently it was decided by senior management that the time had come to update the look and feel of the system by rewriting it to incorporate a graphical user interface.

By this time, XACT IT Solutions had been acquired by ARB to form ARB IT Solutions which continued to provide IT services and software not only to ARB but also to other longstanding external customers.

“I was my own internal IT-shop and an ISV at the same time,” recalls Muller. “I had a software house that developed legacy-based, character systems running on Unix and Linux. What I found when I was selling off-the-shelf accounting system packages was that clients always had some unique requirement which could not be satisfied by an off-the-shelf package and in those days customisation was a real problem. What you tended to do was to create customised add-on modules to work off the same data files as the package, but the add-ons would have a different look and feel to the main package. So in the end we evolved from doing customised add-ons to developing an entire ERP suite.”

“When we started looking at this migration project, we investigated the pros and cons of an ERP package versus an in-house development. The long and short of it was that we found no single package that met 100% of the needs of ARB or our other customers. Everything would have required a lot of customisation and consultants, which would have increased the TCO so much that it would have taken the project out of our budget range. Since we already had the core system design done in our legacy based system, we soon realised that we would get more ‘bang for our buck’ and flexibility by redeveloping the current systems at a lower price than it would have cost to purchase a new package.”

Muller adds: “We looked at whether we should outsource to external developers, but our chairman was very keen on having no dependence on third parties, so we decided to keep development in-house. The existing system had been built over 17 years ago so the modus operandi and design of the system had already been done; therefore our main task was to improve the user interface.”

With the decision made to develop the system in-house, the search was on for the right technology and supplier. There were several specific criteria that had to be met. ARB had a small team of application developers strong on business but unfamiliar with low-level programming. This meant that the new development environment would have to completely eliminate the need for using low level tools and encompass everything from design, to data capture, to reports.

With little to no IT skills in the local branches, ARB also needed to find a simple deployment model using a thin client that could operate on remote desktops at high speeds across, at times, low WAN bandwidths. In addition, a ‘code once, deploy anywhere’ approach was preferred to enable the execution of server applications and desktop clients on at least Windows, Linux and Apple Mac platforms from a single source code.

Thin client deployment was key to ARB. Connecting users over the Internet via SSH in a Web 2.0 environment was a major leap forward for them.

“We essentially run a desktop over the Internet,” added Muller. “This technology also gives us access to systems via mobile phones, which is a real bonus.”

With that in mind, ARB looked at various 4GL options, eventually drawing up a shortlist of Oracle and Four Js as potential suppliers. In its favour, Oracle clearly had size on its side.

“The Oracle product set was the better known, but on the other hand, Four Js had a rich product set in Genero and a well established user base, and we greatly valued the direct connection we got with the Four Js support team.”

Another key factor was that the old system had been sold as a package to external clients and the new product would have to meet the requirements of producing a commercial grade product that went beyond just satisfying internal users.

To address the need for additional skills, ARB initially took the route of recruiting Informix 4GL developers to meet its needs which proved expensive and scarce. However it soon became apparent that a graduate with quality skills in any of the traditional GUI tools such as Visual Basic and Delphi would take took to Genero like “ducks to water”.

Says Muller: “We are now targeting a number of institutions to find additional developers which fit this mould.”

The upgrade will ultimately involve the redevelopment of 14 core modules, around 190 tables and up to 140 forms.

“The way we are designing the new system is to keep it much the same as the old one but incorporating the benefits a GUI can give,” explains Muller. “We first went through a short learning curve to get to know the language up close and how it all hangs together. We then tackled all the foundation modules of the old systems such as menu maintenance, user access control, printing structures, and all the master maintenance programs such as General Ledger structure, Stock codes and so on. We have now established not only the look-and-feel we want for the user, but also standardised the coding structure and rules programmers will adopt.”

An ERP in less than a year

The redevelopment started in earnest in February 2009 and is progressing well.

“As of August 2009, we’re probably about 15% of the way through the whole process, but things will start to move faster now,” says Muller. “We are still supporting the existing system, but that’s frozen, so there’s very minimal work on that now. Up until recently I was still spending 80% of my time on the old system, but I can now spend all my time on the new development. We have a target of the end of 2009 to be up and running.”

Muller is delighted with his choice of development environment.

“We went with Four Js and Genero because we needed tools that would be easy to use, reliable and fast, and we wanted a responsive supplier. I’m pleased to say that on all counts our decision turned out to be the right one.”