You are here: Home1 / News2 / Headline news3 / Giant steps are what they take – Reebok extend footprint of Genero...

The system went live officially on November 13, 2007 and compliments the deployment at the adidas Indonesian manufacturing outfit, Pt Panarub Industries back in May 2006.

With these successes under its belt, MRPPack is now positioning itself for the Asian marketplace.

“Genero db requires no maintenance and can be installed at customer sites without IT staff, which is a huge benefit to Reebok and our own support infrastructure,” said Sean Hadnum, Managing Director, MRPPack. “As we are a small team, the benefit of reduced database administration is a huge win for us.” 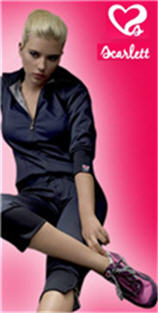 REEBOK is a trademark of Reebok International.

Reebok uses MRPPack’s real-time MRP, which is the system’s linchpin and runs 24/7 keeping management in total control of material demands and shortages – right down to size level and an infinite number of sub-assemblies. Transactions perform 15 times faster than with previous database systems under heavy load due to the use of Genero db.

“Since going live in November, the system has required no admin or maintenance and has experienced no downtime of any kind. This is just the start for Reebok,” continued Hadnum.

The system will grow substantially during 2008  and Genero db is expected to take the incremental load in its stride. Previous applications were developed under Informix and were ported across to Genero db with very few software changes. One source code tree manages Genero db and the installed Informix base.

“We’ve basically got one software release that we can deploy at any of our sites irrespective of database. As we are a small team, the benefit of reduced database administration is a huge win for us, not to mention the one-stop shopping of buying the tool and the database from a single source.”

When problems occur, that one-stop shopping principal applies to support too; the risk of falling between two stools when glitches occur is all but eliminated.

“We are currently installing Genero db at another manufacturer in South Africa with one more in the pipeline,” said Hadnum.

Over the next 2 years MRPPack intend migrating all of its customers to Genero and Genero db.

Reebok is an American-inspired, global brand that creates and markets sports and lifestyle products built upon a strong heritage and authenticity in sports, fitness and women’s categories. The brand is committed to designing products and marketing programs that reflect creativity and the desire to constantly challenge the status quo.

Reebok’s United Kingdom-based ancestor company was founded for one of the best reasons possible: athletes wanted to run faster. So, in the 1890s, Joseph William Foster made some of the first known running shoes with spikes in them. By 1895, he was in business making shoes by hand for top runners; and before long his fledgling company, J.W. Foster and Sons, developed an international clientele of distinguished athletes. The family-owned business proudly made the running shoes worn in the 1924 Summer Games by the athletes celebrated in the film “Chariots of Fire.”

A Company on the Move In 1958, two of the founder’s grandsons started a companion company that came to be known as Reebok, named for an African gazelle. In 1979, Paul Fireman, a partner in an outdoor sporting goods distributorship, spotted Reebok shoes at an international trade show. He negotiated for the North American distribution license and introduced three running shoes in the U.S. that year. At $60, they were the most expensive running shoes on the market.

By 1981, Reebok’s sales exceeded $1.5 million, but a dramatic move was planned for the next year. In 1982, Reebok introduced the first athletic shoe designed especially for women; a shoe for a hot new fitness exercise called aerobic dance. The shoe was called the Freestyle™, and with it Reebok anticipated and encouraged three major trends that transformed the athletic footwear industry: the aerobic exercise movement, the influx of women into sports and exercise and the acceptance of well-designed athletic footwear by adults for street and casual wear. Explosive growth followed, which Reebok fueled with new product categories, making Reebok an industry leader. In the midst of surging sales in 1985, Reebok completed its initial public offering (stock symbol is NYSE: RBK). A year later, Reebok made its first strategic acquisition, The Rockport Company. Rockport was a pioneer in using advanced materials and technologies in traditional shoes and the first company to engineer walking comfort in all types of dress and casual shoes. In the late 1980s, Reebok began an aggressive expansion into overseas markets and Reebok products are now available in more than 170 countries and are sold through a network of independent and Reebok-owned distributors. Creating innovative products that generate excitement in the marketplace has been a central corporate strategy ever since Reebok introduced the Freestyle. In the late 1980s, a particularly productive period began with The Pump® technology and continues today, with breakthrough concepts and technologies for numerous sports and fitness activities.

In 1992, Reebok began a transition from a company identified principally with fitness and exercise to one equally involved in sports by creating several new footwear and apparel products for football, baseball, soccer, track and field and other sports. That same year, Reebok began its partnership with golfer Greg Norman, resulting in the creation of The Greg Norman Collection. In the late 1990s, Reebok made a strategic commitment to align its brand with a select few of the world’s most talented, exciting and cutting-edge athletes. Since then, the company has focused on those athletes who represent the top echelon of sports and fitness.

In 2000, Reebok and the National Football League announced an exclusive partnership that serves as a foundation of the NFL’s consumer products business. The NFL granted a long-term exclusive license to Reebok beginning in the 2002 NFL season to manufacture, market and sell NFL licensed merchandise for all 32 NFL teams. The license includes on-field uniforms, sideline apparel, practice apparel and an NFL-branded footwear and apparel collection.

In 2001, Reebok formed a long-term strategic partnership with the National Basketball Association under which Reebok designs, manufactures, sells and markets licensed merchandise for the NBA, the Women’s National Basketball Association (WNBA) and the National Basketball Development League (NBDL), the NBA’s minor league. Reebok secured the exclusive rights to supply and market all on-court apparel, including uniforms, shooting shirts, warm-ups, authentic and replica jerseys and practice gear for all NBA, WNBA and NBDL teams. Reebok also had exclusive rights, with limited exceptions, to design, manufacture, market and sell headwear, T-shirts, fleece and other apparel products for all teams in most channels of distributions. In 2006, Reebok transferred the NBA rights to the adidas Brand.

In 2002, Reebok launched Rbk – a collection of street-inspired footwear and apparel hook-ups designed for the young man and woman who demand and expect the style of their gear to reflect the attitude of their lives: cool and edgy, authentic and aspirational. Inspired by street fashion, Rbk’s marketing is culturally relevant as well. With many of the industry’s most marketable and valuable sports assets on its roster, Reebok rolled-out an integrated marketing campaign that fused together sports, music, technology and entertainment, and was designed to connect the Reebok Brand to millions of new consumers around the world. The global marketing campaign was launched in early 2002 and featured select Reebok athletes paired with some of the music industry’s most successful hip-hop and rap artists. Reebok tapped into something the industry had not yet seen, and became a pioneer in the fusion of sports, music and technology.

2003 was a landmark year for Rbk. Reebok formed an unprecedented partnership with rap musician Jay-Z, which included the design and marketing of the “S. Carter Collection by Rbk,” which launched in April. With the partnership, Jay-Z became the first non-athlete to have a signature athletic footwear collection. The launch of Jay Z’s first shoe was extremely successful around the world. Later that year, Reebok teamed up with another superstar of the rap world, 50 Cent. The result was the equally successful “G Unit Collection by Rbk.”

In 2004, Reebok became the world’s leading producer of hockey apparel and equipment with its acquisition of The Hockey Company. The Hockey Company’s brands, CCM, Koho and Jofa, are among the most respected in the sport. Reebok has a long-term licensing agreement with the National Hockey League, under which the company serves as the supplier of authentic “on-ice” game jerseys to all 30 NHL teams. It also has the exclusive worldwide rights to manufacture and market authentic, replica and practice jerseys using the names and logos of the NHL and its teams. Reebok also has exclusive agreements with the Canadian Hockey League, the American Hockey League and the East Coast Hockey League.

In early 2005, Reebok launched Rbk Hockey, a new and innovative line of ultra-high performance hockey equipment, sticks and skates and signed hockey phenom Sidney Crosby, who has lived up to his billing as the league’s next great player. In two short years, Rbk Hockey has become one of the most visible and in-demand hockey brands on the market. In 2005, Reebok launched its largest global integrated marketing and advertising campaign in nearly a decade. “I Am What I Am” is a multi-faceted campaign which links all of the brand’s marketing and advertising efforts under the “I Am What I Am” umbrella. The campaign encourages young people to embrace their own individuality by celebrating their contemporary heroes. Celebrities featured in the campaign include music icons Jay-Z, Daddy Yankee and 50 Cent; top athletes Allen Iverson, Donovan McNabb, Curt Schilling, Kelly Holmes, Iker Casillas and Yao Ming; screen stars Lucy Liu, John Leguizamo and Christina Ricci; and skateboarder Stevie Williams.

In January 2006, adidas-Salomon AG acquired Reebok, forever altering the worldwide sporting goods industry landscape. Shortly after the close of the acquisition, Reebok Chairman and CEO Paul Fireman announced he was leaving the company to pursue other interests, and Paul Harrington was named President and CEO of the Reebok brand. Today, the adidas Group, which includes the adidas, Reebok, TaylorMade-adidas Golf and Rockport brands is a global leader in the sporting goods industry and offers a broad portfolio of products. Products from the adidas Group are available in virtually every country of the world. Activities of the company and its more than 80 subsidiaries are directed from the Group’s headquarters in Herzogenaurach, Germany.

Reebok launched Run Easy, one of the most comprehensive running campaigns in the brand’s history. The goal of the campaign was to inspire consumers around the world to fulfill their potential and celebrate their individuality. The message of the campaign was that while many other brands speak about the “blood, sweat and tears” of running, Reebok celebrated the camaraderie, joy and fun of running – Run Easy. In addition, Reebok’s partnership with the National Hockey League took center stage with the unveiling the Rbk Edge Uniform System, a complete, team-wide redesign and re-engineering of the NHL uniform, and the opening of the NHL Powered by Rbk retail store in New York City. Reebok also launched its “There are Two People in Everyone” marketing campaign for the second half of 2007 in select regions. The global marketing campaign highlights Reebok’s unique brand point of view of celebrating the individual’s balance between sport and life. The campaign, featuring international sport stars such as Allen Iverson, Yao Ming, MS Dohni and Nicole Vaidisova, declared that there is more to an athlete than his or her sport.