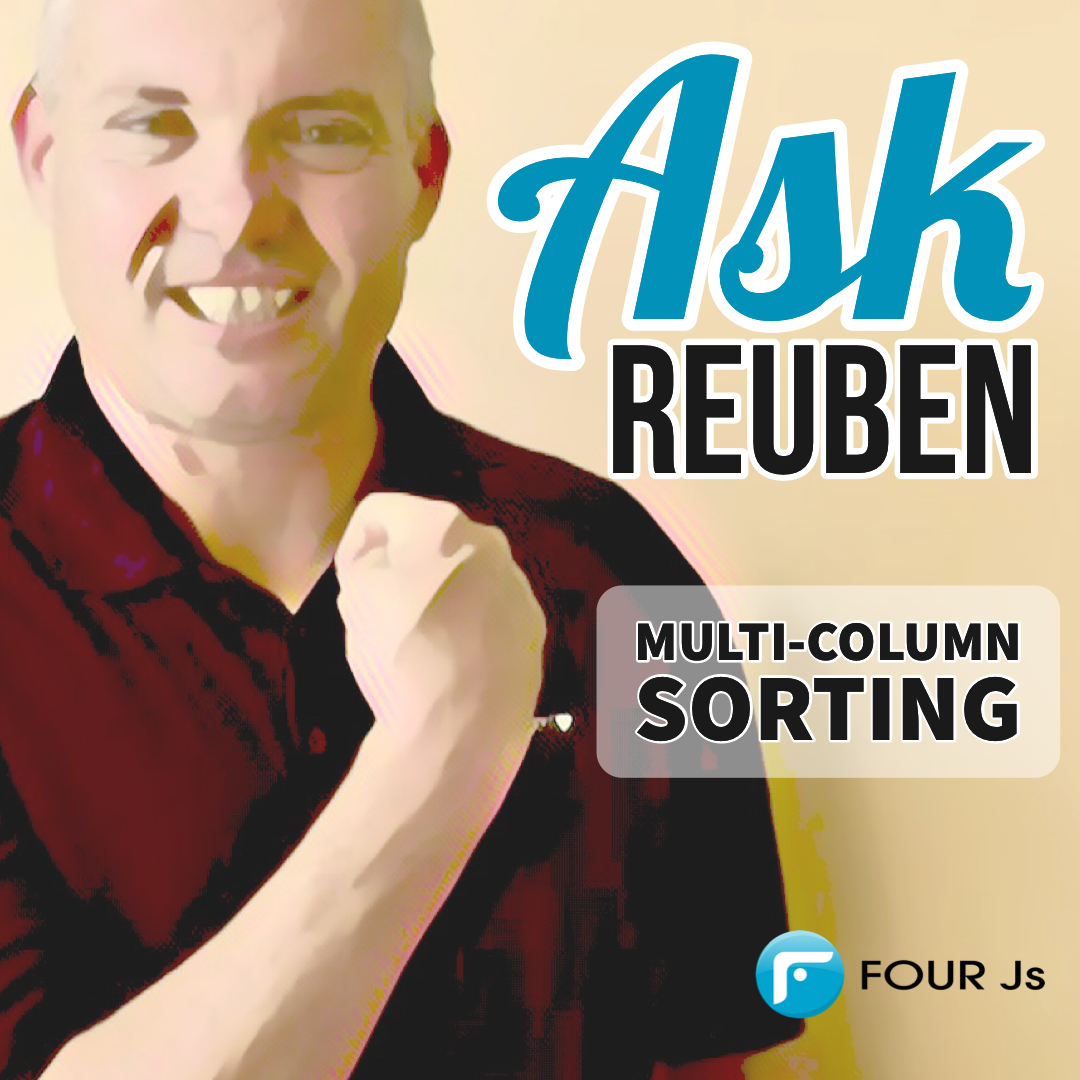 How to sort on two or more columns?

How are ties broken when sorting?

To answer this question, I will make use of the fgl_multicolumnsortdialog repository available from our repository on GitHub.

A multi column sort is where you want the sort order to be based on two or more values.  This could be cases like last name + first name,  year + month, country + region + city, and other cases typically involving codes of various organisational units.

I will first answer the question on how ties are broken. 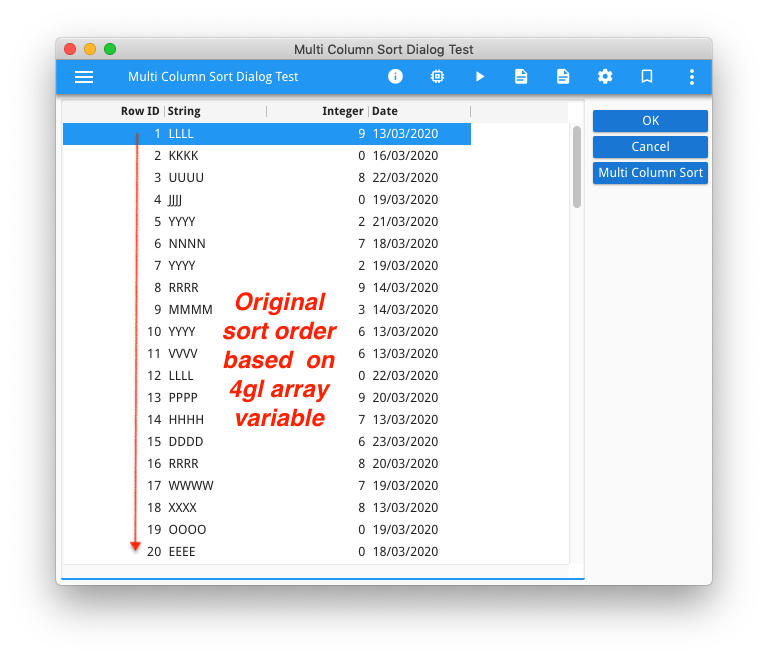 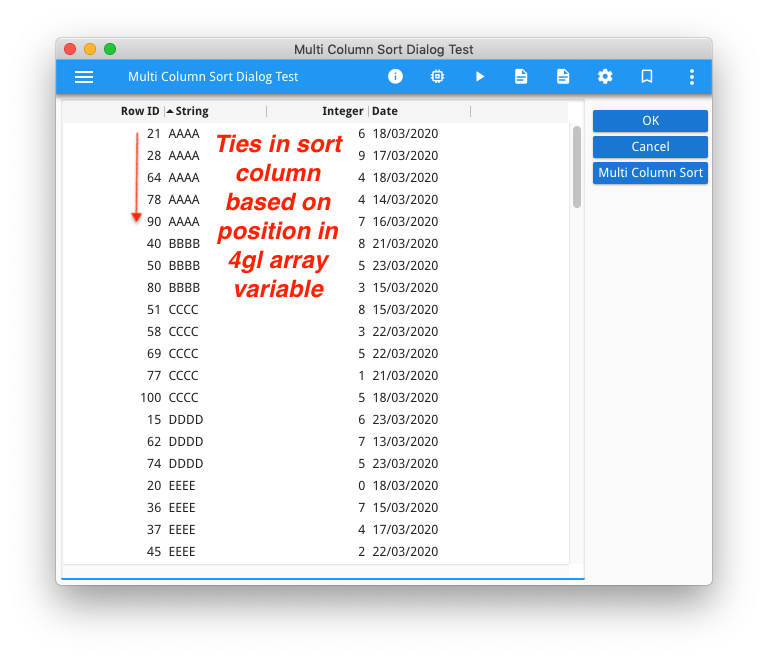 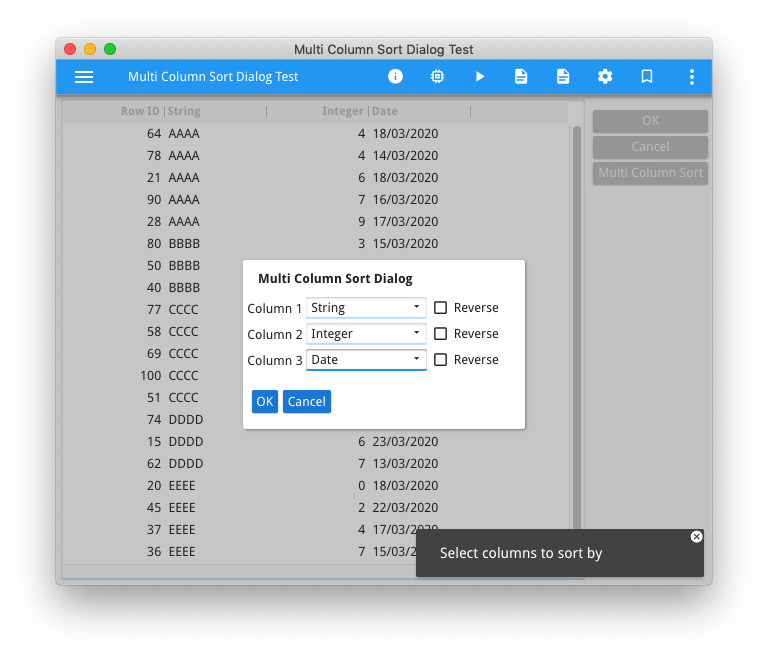 Now if you pay close attention, you will note that where there are ties for the first column I chose in the dialog, these ties will be broken by the value in the second column I chose, and so on. 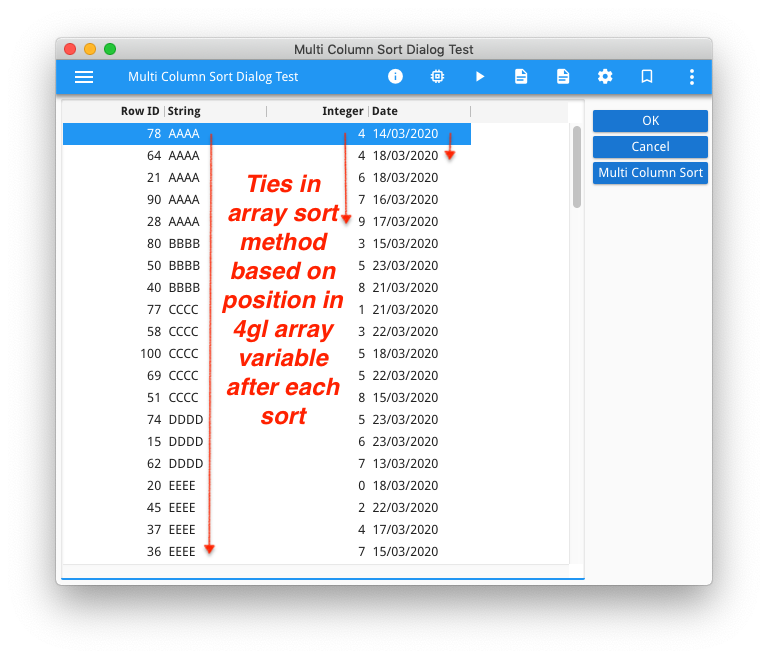 This is because the code is using the dynamic array.sort method.  A property of this sort method is that ties are broken by the previous sort order.  That is if rows A and B are tied on the sort column, if row A was before row B before the sort, then row A will be before row B after the sort.  As the documentation elegantly explains it

is the equivalent of

So if you have a requirement to sort by last name, and then first name, just like a phone book you might have

… this is useful if the array is large as it means when you do a sort, it will only do one sort rather than multiple sorts.

This technique is also useful if you have a requirement for a sorting order that is not the same as the array.sort method.  A good example, I call this the iTunes example, is if you want to exclude the word ‘The’ from the sort value e.g. ‘The Beatles’ is sorted as if it began with B.  Simply populate this phantom column with the sort value e.g. “Beatles”, and sort on this phantom column.  Another good example is league tables for sporting events where the tie-break rules can get complex based on results of games between tied teams, in that case it is a case of calculating a rank and populating the phantom column with the rank.

So to answer the question of how are ties broken?

How to sort an array based on two or more columns?