While Raytheon – cited in our June 20, 2008 news release – qualified the database market and certified the Genero db platform as the fastest against leaders such as Oracle’s Times Ten, BAE systems are doing the real-time on-ship application development. 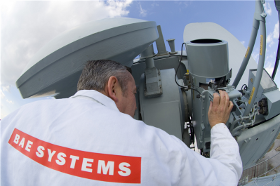 BAE sought to leverage the flexibility of an RDBMS data management platform with an embedded Real-Time Operating System (RTOS) running on embedded distributed application processors (DAPs) on the ships.  The solution they found was to extend the ODBC and JDBC drivers available in Genero db and the TSCEI “in-memory” data management platform to the LynxOS RTOS platform, provided by LynuxWorks.

BAE Systems and Raytheon IDS’ approach to the Zumwalt program is fully in line with Navy OA, designed to enable software components to work across a broad range of systems and interoperate with other software components on local and remote systems. Further, BAE Systems’ approach to marrying real-time application requirements and an Open Architecture data management platform fully leverages the high-performance network architecture developed for the DDG1-1000 program.  With Genero db’s standards-based ODBC and JDBC drivers resident on the LynxOS-based DAPs, BAE Systems programs can develop high performance, weapons systems applications that connect over the ship’s network to Genero db running in the TSCEI datacenter.  The result: applications that fully leverage standards-based open architecture components and a network-centric architecture.

The DDG-1000 Zumwalt-class destroyer (formerly DD(X)) is a new U.S. Navy war ship destined to provide the foundation for all Navy surface combatant ships to be built in the 21st century. The DDG-1000 is a multi-mission destroyer and the centerpiece of a family of ships (including destroyers, cruisers and littoral combat ships) that will operate within the construct of the Surface Combatant Navy. The DDG-1000 is unique in providing an integrated warfare system—in essence, a single integrated command center that affords it the ability to operate in a multi-domain perspective including land attack, undersea warfare, and anti-air warfare.