You are here: Home1 / News2 / Headline news3 / Argentinean Health: Where there’s a will there’s a way

Argentina Health: Where there‘s a will there’s a way – A blend of COVID 19 and Genero over Dinner

Mexico City, Mexico – May 13, 2020 –– The show must go on as the saying goes – irrespective of whatever pandemic invites itself to the party. Four Js Latin America proved the case this week with a dinner briefing to Argentina’s health industry leaders. The dinner was organised by local partner Fabian Garcia.

Raising a glass to future solutions 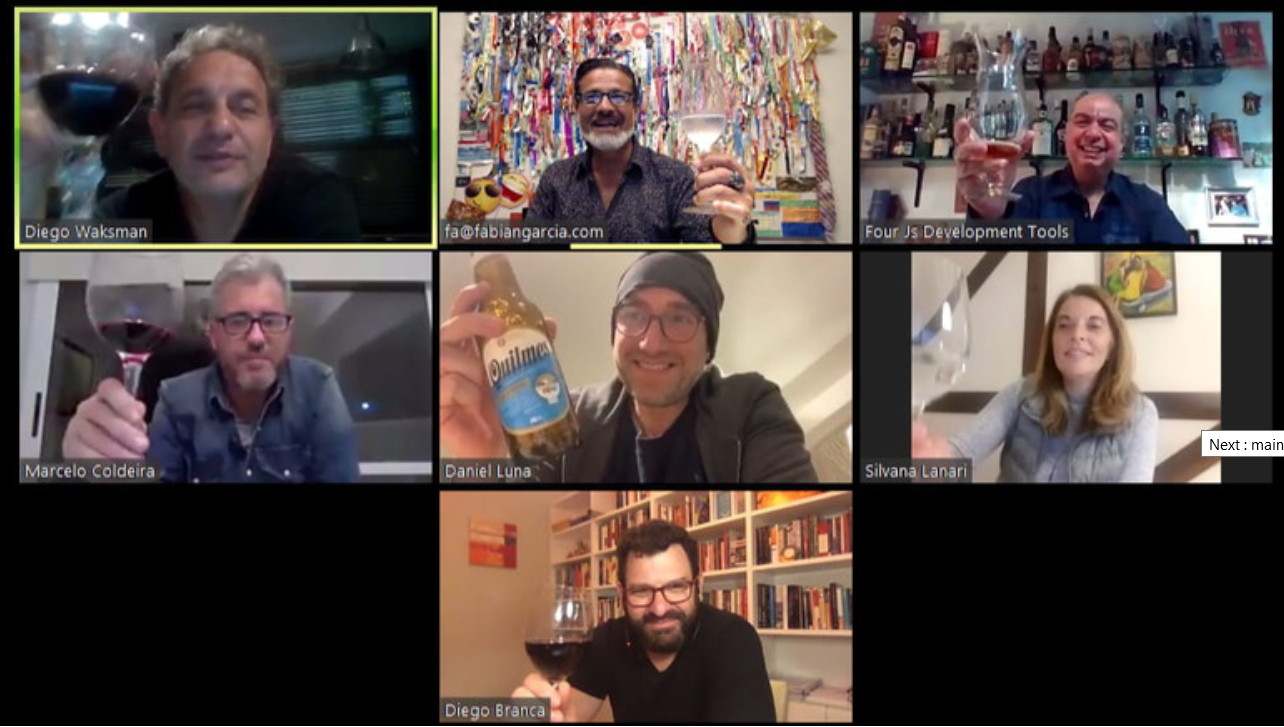 Low-code solutions such as Genero are far better adapted to innovation in such times of crisis.

Dinner briefings in a state of lockdown? When restaurants are all closed?

The format is very simple. Four Js’ sends a succulent dinner to each guest’s home and then hosts a themed discussion over the Internet via conferencing software. Everybody shares the same gourmet and intellectual experience from the comfort of their homes!

This week’s hot topic was dealing with the current health crisis. Four Js Latin America has deep knowledge of the health industry and was keen to share its experience of how low-code development tools can speed innovation far quicker than traditional development methods.

In times of crisis, time is of essence and the Argentinean hospital corps is showing particular promise in the field of problem solving with software innovation. But it needs solutions to its problems now, rather than in the 12-18 months needed for more traditional software development methods. Enter Genero.

And this weeks dinner? Sushi and a delicious Argentinean wine of choice. 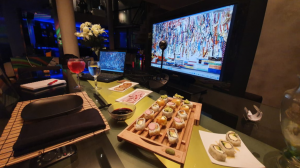 The guests? All leading CIOs from Argentina’s health industry. The dinner-debate lasted for over 3 hours, covering future development projects that will eventually contribute to saving lives.

At the virtual dinner table:

The Four Js team described the current situation in Mexico, and how the healthcare infrastructure is bearing under the weight of over 75% hospital occupancy. This contrasts with the current conditions in Argentina where occupancy is 30%.

The group remarked how the deployment of technology in record time has brought the importance of IT staff to the fore and how their overall perception has been enhanced. Ideas and projects once discarded or put on the backburner are now taken with greater earnest. One example of this is the subject of teleworking, which has been the domain of power users for a long time and has now become a more general IT service.

Related to that are the possibilities for telemedicine, another domain with huge potential, but with low traction until now. Discussions are now taking place for its widespread use. Now that the population has tasted its benefits through the pandemic – via conference calls with their doctors for example – sceptism has subsided to make way for growing demand. Traffic in doctors’ waiting rooms and hospitals will be greatly reduced and public health can only benefit.

ChatBots are another way of doing this to get rapid answers without even having to consult a doctor. A call with a chatbot may only take 20 to 25 minutes to answer simple questions such as “what hurts”, “since when”, etc.

These topics and much more have formed the foundation of a list of action items that the team are currently working on to create a list of projects that will take the discussion to the next step.