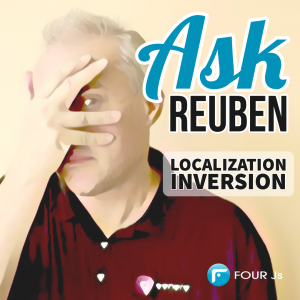 With localization, how can I change the order of words to match the language convention?

How can I avoid having M * N localization entries, and have M + N entries.

With localized strings  you can fall into a trap where you have localizations for the string tokens %”p1″,%”p2″,%”p1 p2″ i.e.

With M p1’s, N p2’s, this is a total of M+N+M*N string tokens to maintain per language

This will now leave you with a total of M+N+1 string tokens to maintain per language.

In linguistics terms, the concept of inversion is where the order of terms in a sentence may differ.  Using SFMT and the above concept, this is catered for because for that language you might have as your entry for p1.p2, the parameters reversed i.e

and now the order of the terms in the output is reversed.

To do a little experiment, code ..

You should get as output …

and you should now get